A little slow on the race updates recently so I will not bore you with all the details of eating, drinking, pacing and suffering involved in running around a forest in the Scottish Highlands for 24 hours too much.

The picture to the right details my splits for the race which were kindly noted by Sarah Self who had generously offered to assist me as I was basically running unsupported. She was also supporting for James Stewart and David Meldrum so had a busy few hours ahead.

Basically my 1st target was to go past 100 miles and this was achieved in 19hr 45minutes and then see what else I could accumulate. The weather was a total mixture of sunshine/wind/rain and even a hailstone shower for good measure. After receiving the 'HORN' from Ada at 100 miles I retired to my tent for a total change of clothing as I was cooling down rapidly. Sarah had a pot of porage and a sugary coffee ready for me and I swiftly downed them and carried back on my merry way. Ok not so merry but with just over 4 hours to go the end was in sight.
James had been storming around the course and had passed 100 miles in under 17 hours but soon after had twisted his knee and had to pull out, very sad as he had been in a commanding lead and it would have been great to see what distance he could have covered.

Losing track of where you are in a lapped race is not uncommon and it was interesting trying to figure out positions although I did figure I was sitting 4th with John Duncan, Grant McDonald and Gregor Heron having passed me at various points but you never know if they have been resting at any point. On the last lap I passed Gregor but he was not for letting me go any further ahead and we strolled back together. I knew he was a lap ahead but he was unsure. The hooter at 12 midday signalled the end and we all planted our pegs in the grass at the point where we stood for an exact measurement of our distance covered, mine being 116.68 miles.

There were two special reasons for wanting to cover as much distance as possible on the day, the main one being to raise funds for Teenage Cancer Trust (Scotland) who have been so supportive to my nephew Matthew this year and I had had lots of generous donations. It was also the second anniversary of my mums death and certainly through the dark night fond memories came flooding back. 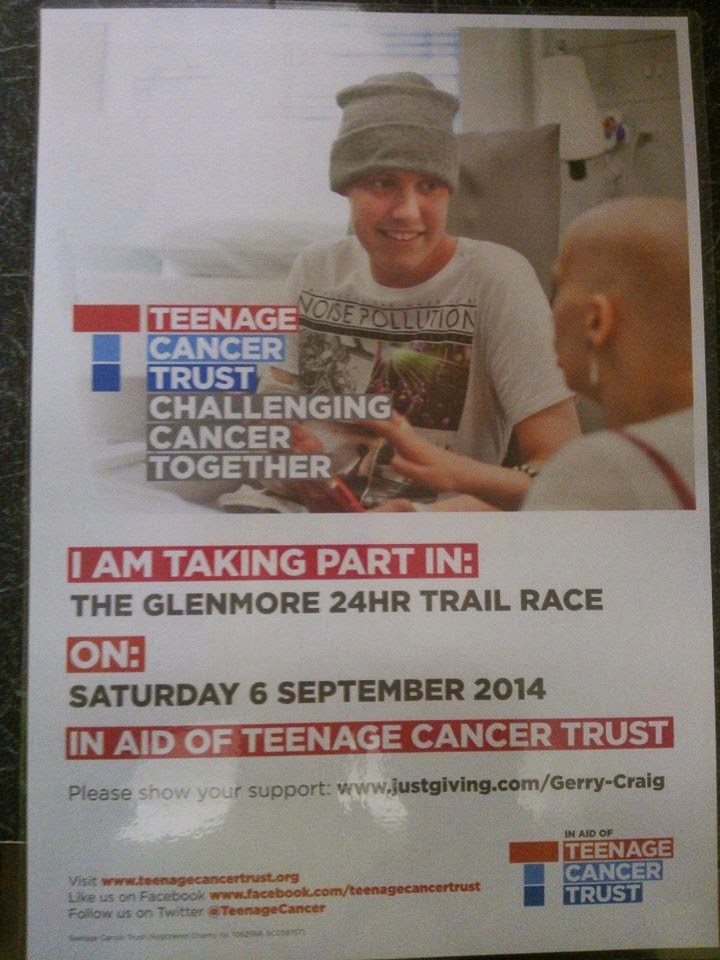 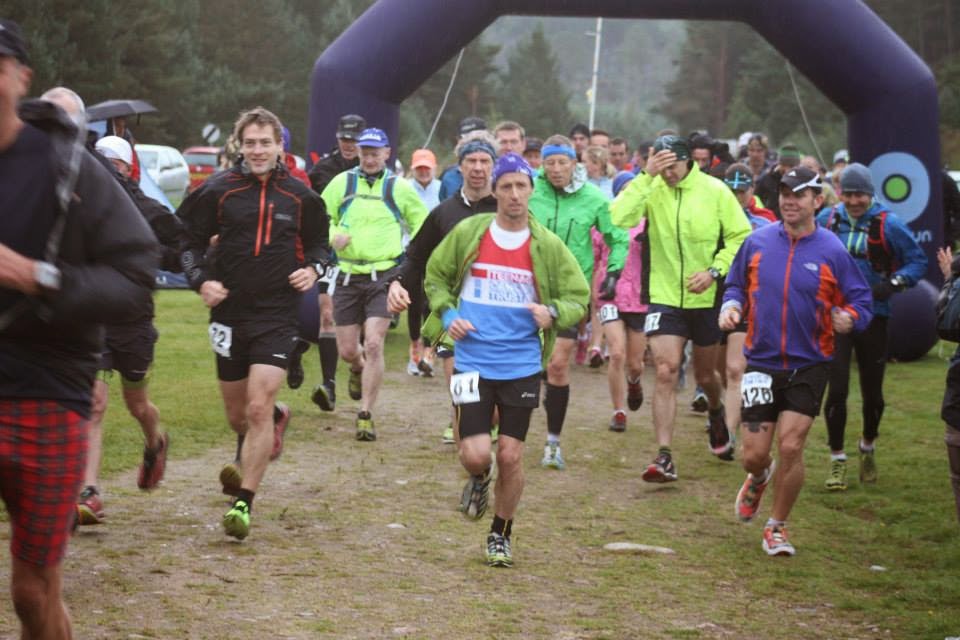 A fantastic event throughout and one I would not hesitate in recommending whether the 12 hour or 24 hour it is just such a happy atmosphere all weekend. Bill and Mike manage to gather together a wonderful professional team who give a whole weekend and more so we can have a jollie.

Sarah you were a star all day and I actually felt guilty on one occasion as I came around to start another lap and woke you from a snooze on the chair. 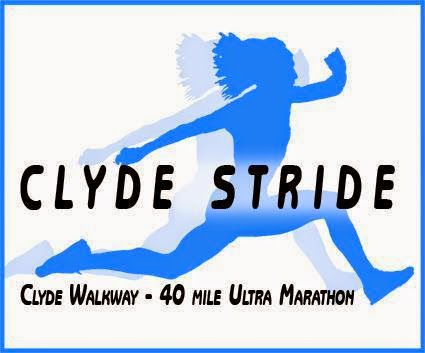 September weekend was the date this year for the Clyde Stride due to the Commonwealth Games in Glasgow blocking off part of the route in July. I had a sponsors relay team entered for JGS and had selected a team of ringers to see how well we could do although actually 2 family members and 2 customers so effectively still a company team. The team was me, my brother Michael and Vicky Park team mates Alison Kerr and Mark Ashby. I was also providing back up for Robert Soutar who went on to win the solo race in a remarkable time.

Alison kindly stepped in at late notice due to an injury and would only be running at 90% as by her coaches instructions as she has a marathon this week but she still rattled in a fast time and had us in 6th place at the 1st checkpoint within about 5 minutes of the leading teams. By the time Mark reached Strathclyde Park he had us in 3rd place and Michael stormed off on leg 3 with a 2 minute lead on 4th. Michael reached Mauldslie Bridge still in 3rd and I set off on the glory leg hoping to catch 2nd place but knowing it was nearly impossible trailing about 15 minutes but more importantly hold on to 3rd and don't get caught. 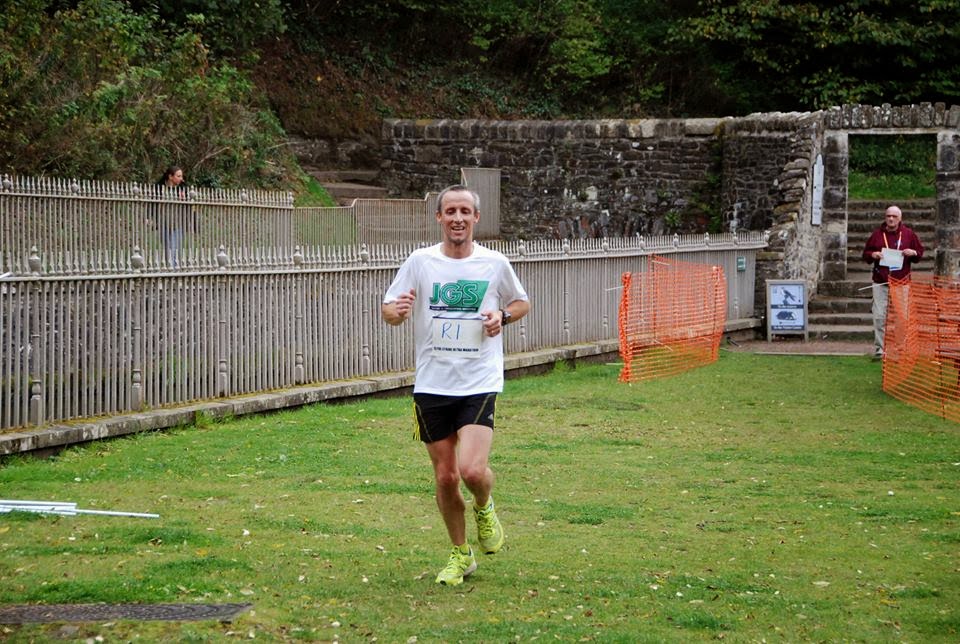 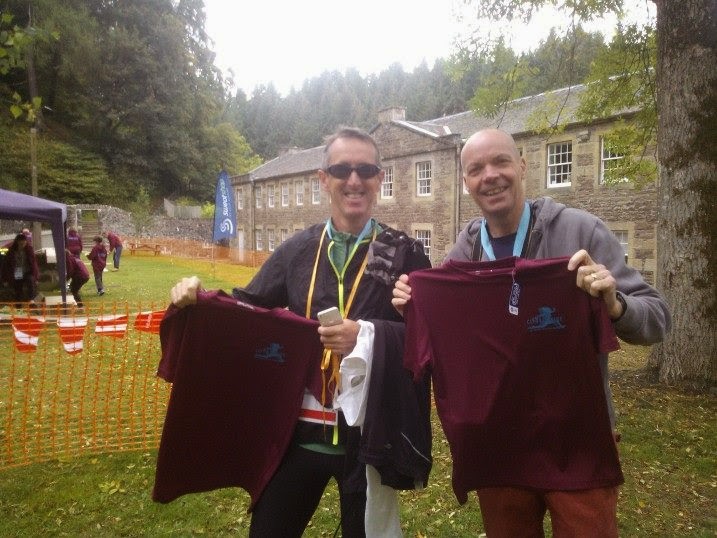 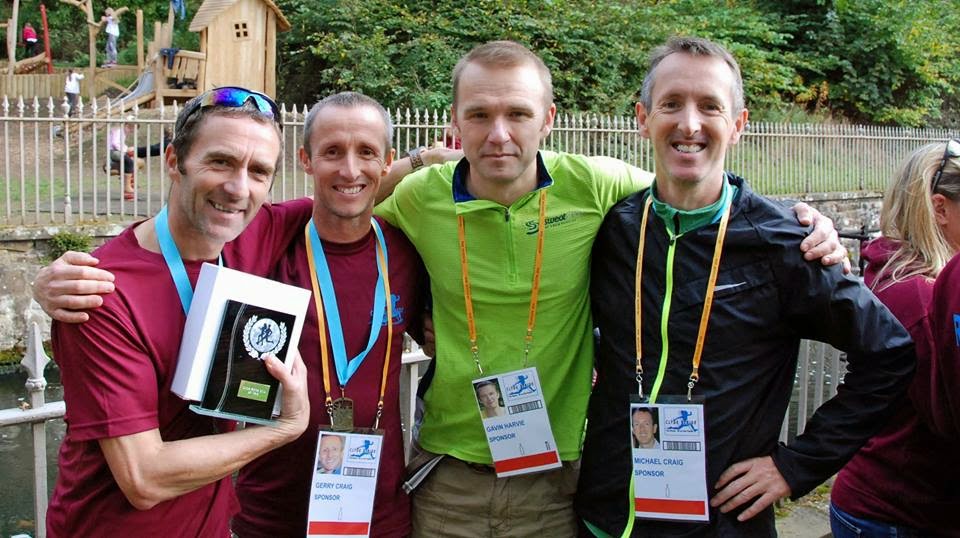 Another great day out and a great advert for Scottish Ultra running. The Stride team have a great event here and one it is a delight to take part in and a support.