This was a lesson on reccying a route if ever there was one. I mentioned to Sandra McDougall at the start line that as I lived not far from the start line I had ran a few sections of the route before and knew a few bits but was unfamiliar with a few others and she joked I would probably get lost then. Well she was correct.

The race started off at a brisk pace and I settled in to a steady pace with the last few miles in mind as I knew them and they were mostly uphill. I was sitting in 5th place most of the way till we came on to the canal at Twechar and as the leaders rounded a bend about half a mile ahead I was confident I would start pulling them back in calculating they had about 3 minutes lead on me. After the bend though there was an arrow pointing back the direction I had came from and presuming it to be wrong I carried on along the canal. The arrow was at the top of a staircase with ticker tape as well but nowhere in my mind did 'go down staircase' register. So as I plodded on another runner came bounding towards me asking was this correct as he had lost sight of the leaders and I just said I thought it was so we carried on but suddenly it clicked and I realised the next chance to cross the canal would be Kirkintilloch. About turn and headed back the way and now there was a steward standing waiting directing runners down the way. I mentioned to him the arrow was pointing the wrong way when we passed and he admitted it was and he had fixed it when he arrived but I did acknowledge it was my own fault I had gone the wrong way.

With only 4 miles to go I was now passing runners regularly wondering how many places I had lost. I caught up with Robert Rogerson just as we reached Croy much to his amazement and I am sure he had a little laugh at my rerouting. On up Croy Hill and spied more runners but could only catch another one before the finish.
James Stewart had glanced round and saw me coming in the distance and made sure I was not catching him and asked at the finish where I had got to.

Finished in 8th place in 1:42.04. The race distance should be 13.8 miles but I covered 14.4 miles and reckon I lost about 4 minutes and 3 places with my stupidity. I shall need to come back next year and see what I can do now that I know the actual route.

2 HALFS A SPRINT AND A GALLOP

No ultras to race or report on this last few weeks so I entered a couple of half marathons and put my name down for the cross country relays with my club to ease my legs back in to a faster pace with the shortish Glen Ogle 33 mile race on the 2nd November in mind.

So first up came the Dumfries Half  Marathon on the 22nd September, a race which I have raced several times and always enjoy. This was going to be a wake up call to my fast twitch muscles which have largely been uncalled on since April and the shortest race recently has been a marathon (I did RACE the last leg at the Clyde Stride and that was not pretty only 3 weeks after the West Highland Way Race). Met Ian Beattie and Sandra at the start and had a chat and also Craig Reid and Peter Buchanan who went on to have excellent races. I rattled along comfortably finishing in 1:23.34 which is my slowest  time ever in this race but I enjoyed it all the way and although a disappointing time a really worthwhile run. We tied this race in for the wee man to go and see his latest obsession at Dino Park just outside Dumfries where much fun was had afterwards. 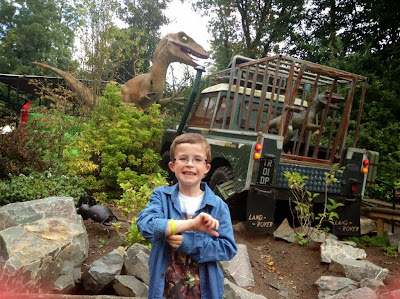 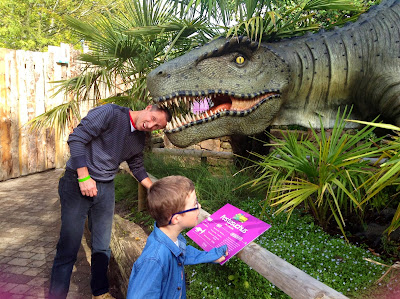 Two weekends later on the 5th and 6th of October was a double header with a 3.25 mile leg in the 74th running of the McAndrew Road Relay at Scotstoun in 19min 24 secs and on the Sunday morning the Neil McCover Memorial Half Marathon in Kirkintilloch and surrounding areas. This half  is a tough route and not fast contrary to the organizers description but I managed to chop a minute off my Dumfries time with a 82:23 finish, a minute and a half slower than last year but a step in the correct direction.

I have been asked a few times why I appear in several running vests throughout the year so to clarify :

Blue and white hoops is the original Victoria Park AAC vest which was changed to the blue with one green and one white band a few years back when we merged with City of Glasgow. I am a bit nostalgic and do actually much prefer the hooped vest. I also sometimes wear my yellow Scottish Veteran Harriers Club vest and another is my MacRitchie Runners 25 ( http://mr25.org.sg/ )

I was presented on the Saturday with my prize for winning first vet in the SUMS series ( http://scottishultramarathonseries.org/ ) by Ada who had kindly collected it for me at the awards ceremony. 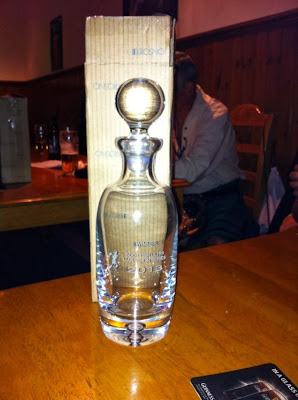 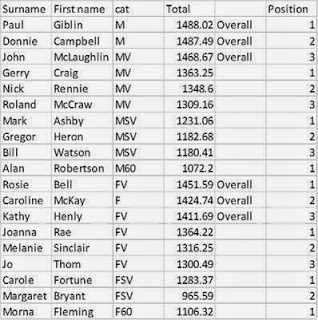 Last weekend was the first race of the cross country season and a new venue for me for the first relay race at Hamilton Park Racecourse. 4km on a racetrack was a great experience and the surface was ideal and possibly the cleanest cross country I have ever ran. I ran the glory leg although no glory to be had a was pleased with my time of 15:03, hope the rest of the cross country races are as enjoyable but somehow I doubt it. 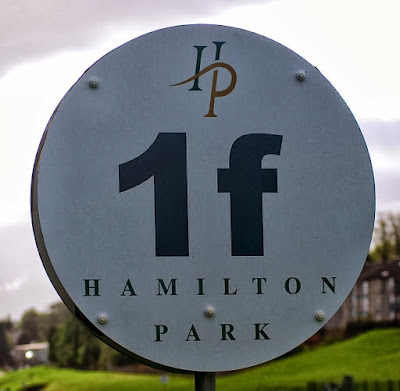