Thought I would flag this race up as it is a new one on the scene. Looks like a good one and easily reached from all directions and being in June in Scotland we may have some decent running conditions.

The annual trip to Falkirk last weekend for the National Cross Country Championship and a good turn out from our Victoria Park-Glasgow team. The organisers are delighted with the increasing numbers year on year but it is getting a bit harder to get into a rythmn with so many bodies in front of you. First mistake was to run with trail shoes and second mistake was to run two relaxed laps and then push the final one. The course quickly turned muddy and I just could not get a grip in some sections but it was a great workout all the same.
Finished in 211th position in 50.13, a full 1min 10 secs slower than last year but I think it was sheer volume of bodies as running was fairly comfortable. Great performance from big Sean finishing 7th and our team position was 20th, not bad for a team of road runners.

Time to ramp up the mileage so a long run on Sunday morning. A bit chilly but clear blue skies so camelbak on and off I set. A wee bit sluggish for the first 4 or 5 miles after yesterdays race but soon got into a steady pace. Cycle paths and canal down to Torrance and out towards the hills, back along the cyle track to Kirky. Still felt good after 15 miles so headed out along the canal to Twechar and back home via Cumbernauld giving me an uphill final 7 miles. Still felt fine finishing 25 miles but as I had a christening to go to had to call it a day.  25.34 miles in 3hrs 10mins. Only consumed 750ml of viper energy drink and my legs felt fine so maybe try and eat a little as well to boost the energy levels next week as the distances steadily increase.

Normally in February I have a weekend where 2 races coincide and this year is no different, so it was club x-country championship on Saturday and Kirkintilloch 12.5km on Sunday. Normally the Kirkintilloch race is the day after the national x-country and I run it with tired legs but that is not till next week and I thought I was ok for this year till I found out about the club race.
So I managed to sneak away from work early on Saturday to run the club race which is run in conjunction with Garscube, Clydesdale and Maryhill at Mugdock Country Park. I took along the trophy which I had surprisingly won last year not expecting to see it again but only one other runner turned up so I ended up winning it again by default, although I still had to slog through muddy fields for 6 miles for the privilege.


﻿﻿﻿
﻿﻿﻿ The plan for Sunday was to meet my brother Michael and run the 5 miles to the race, race and then 5 miles back, SIMPLES!

On paper the route looks flat but unfortunately we were not running on paper. Robert's description of the route was, "if you count more than 12 hills you have gone the wrong way" so that about summed it up.


I started off steadily and started counting off the climbs, none too big but enough to slow you down. Slowly moved through the field and ended in 4th place with Michael a couple places behind and my other brother Chris another few minutes behind. 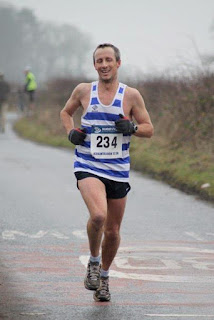 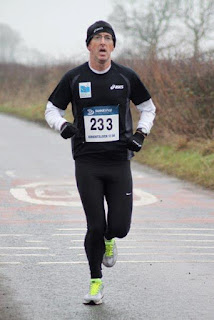 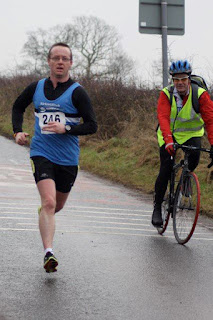 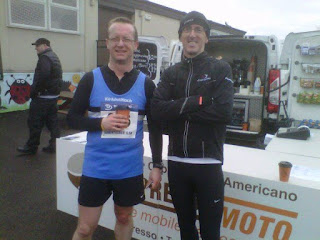 Did not wait for the prizegiving as I wanted to get the final 5 miles done before I seized up so Chris collected my 1st Vet 40 prize and Michael's 2nd vet 40 prize. Had a wee latte before heading off and boy does that  give you a wee kick, might plan that for the Highland Fling drop bags.

Running in an oven

﻿﻿I took a short flight up from Singapore to Phuket for a weeks beach therapy with Linda and Andrew and my brother Michael came up for a few days so we could fit in a wee bit of running. Staying at Laguna where they host the Ironman triathlon, Phuket Marathon and half marathon. It is honestly like breathing in from a hot oven and that was starting the runs at 6am.


We decided to run towards the next bay but by the time we got to the top of the first hill which was straight up for 1.2km an about turn was decided as we couldn't face coming back up from the other side.

A serious amount of warm weather training must be required before taking part in any races here.

After about an hours running the only thing needed is water and a dip in a pool to recover. The distance covered is rather irrelevant in the heat, just keeping moving and perspiring seem to be the order of the day.
Managed to fit in a run every day but it was honestly hell on earth.
﻿
Posted by GERRY at 16:16 No comments: