Early rise on Saturday morning for the journey north to Aberdeen for the first ultra of the year, showered and munching porridge at 3.30am is not normal I will agree but as I could not be bothered driving up on Friday night after work there was no other option. Much to my surprise Linda decided she was going to come too which was really unexpected due to her disregard for most races ( she does support me but does not like to see the end result when I collapse at the end).

So after just short of 3 hours driving with her and the little guy snoring all the way we arrive in Aberdeen and all I want is coffee and a toilet. I thought this was a tough ask for a Saturday morning at 7.30am as I have been round the world and struggled for a latte at such an early hour, London marathon for example you have f**k all chance and thats the capital, but lo and behold the northerners have sussed it they have a 24hr Asda with a McDonalds inside the store, money spinner or what! Although I was glad I was only having 2 large lattes as the queue for McMuffins was growing.
So after the usual ritual of coffee, short pause and toilet break off we headed to Duthie Park for registration and pre race banter. 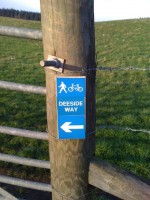 I met up with a few friends made from previous races, Auntie Ada, Bill and Terry fae Kirky and Andy J whom I had ran with over Rannoch Moor at the Devil O The Highlands and finally met up with Lorne Pearson who writes a great blog http://www.lornpearsontrains.wordpress.com/ . 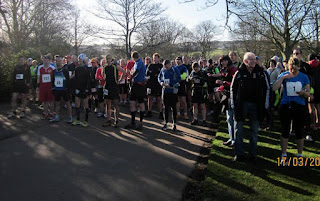 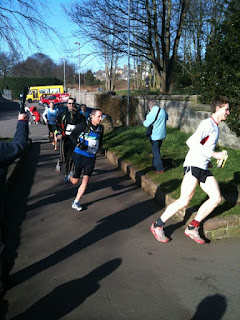 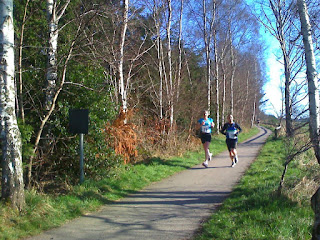 Reached halfway in 4th position in about 1hr 52mins feeling ok but it had been into the wind all the way so I knew I had taken a little more energy out than I had wanted. On the return I passed the 3rd placed runner about 20 miles and was feeling fine although it was a totally different run as it had heated up quite a bit but just before 26 miles as I slowed and fumbled around in my backpack for a gel I was passed by a runner (Craig Stewart) and could not tag onto him. As I slowed about 28 miles another runer passed me (Grant McDonald) and I resigned myself to 5th position as I was still keeping a steady pace and no one else was in sight behind me. 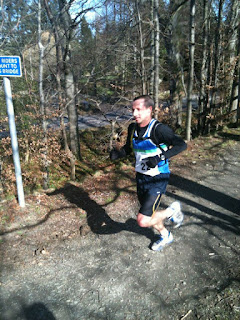 Back into Duthie Park and a warm welcome from a rather large support by now, what a relief to see that Run 4 It blue finishing balloon. Finished in 5th place in 3hrs 55min 1sec, 2nd V40 . 4000 calories lighter but that will be replaced quickly. 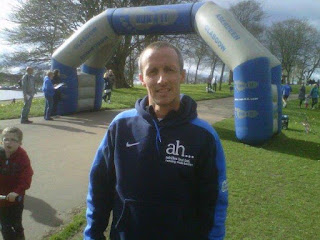 Post race snacks for restoring the lost energy were plentifull although as normal I could not face it so grabbed a couple of beers for later. 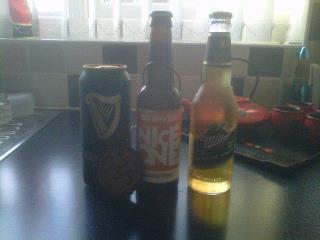 My thanks go out to George and his wonderful team who organised and executed a great race, without whom us runners would not have as much fun.