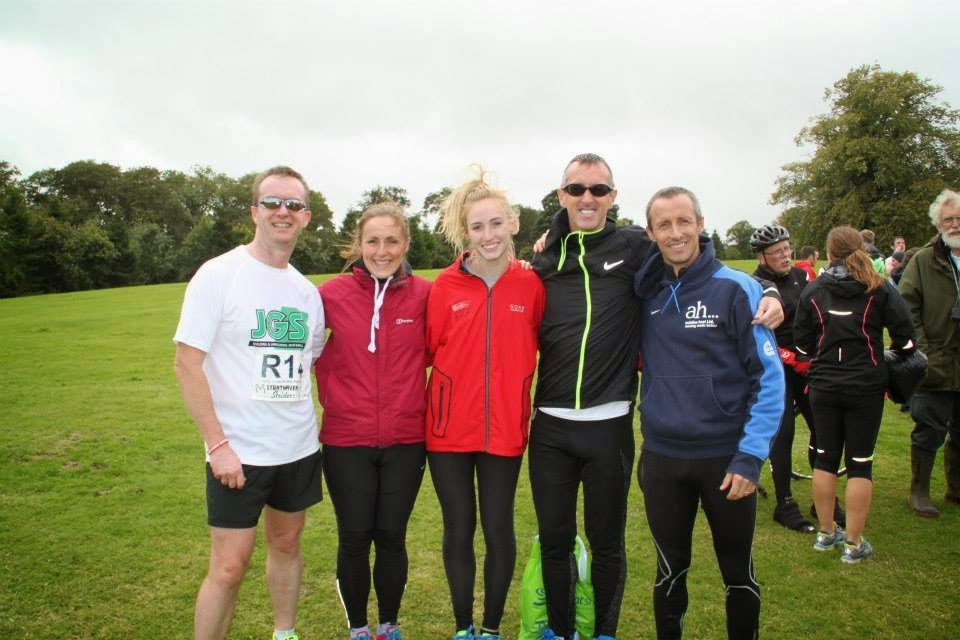 Team Craig have added a new member to the team as Holly is now old enough to compete for the ever growing all sibling team so a five leg relay was ideal for our debut. The John Lucas Memorial 50 Mile Race has slowly grown over the last few years under David Meldrums stewardship and the relay race alongside the cycle event certainly deliver an excellent event.

As team manager I had the thankless task of assigning runners leg order and in my mind had it perfected with Michael leading us off on leg 1 which was 10.8 miles. As we awaited his arrival at the first checkpoint there was mention of runners taking the wrong turn early on and unfortunately he was one of them going from 3rd/4th to last/second last. He was a bit disappointed and hoped it would not cost us a podium place and we did not let this drop all day, even though he had ran 11.9 miles and was a little gubbed after chasing all the back markers.

Kate set off on leg 2 which was 8.3 miles with us now having to pull our way through the field which she managed rather admirably and commented how much she had enjoyed her leg  on arrival at checkpoint 3 where Holly was waiting nervously eyeing all the cakes up and receiving reasurance from her dad. 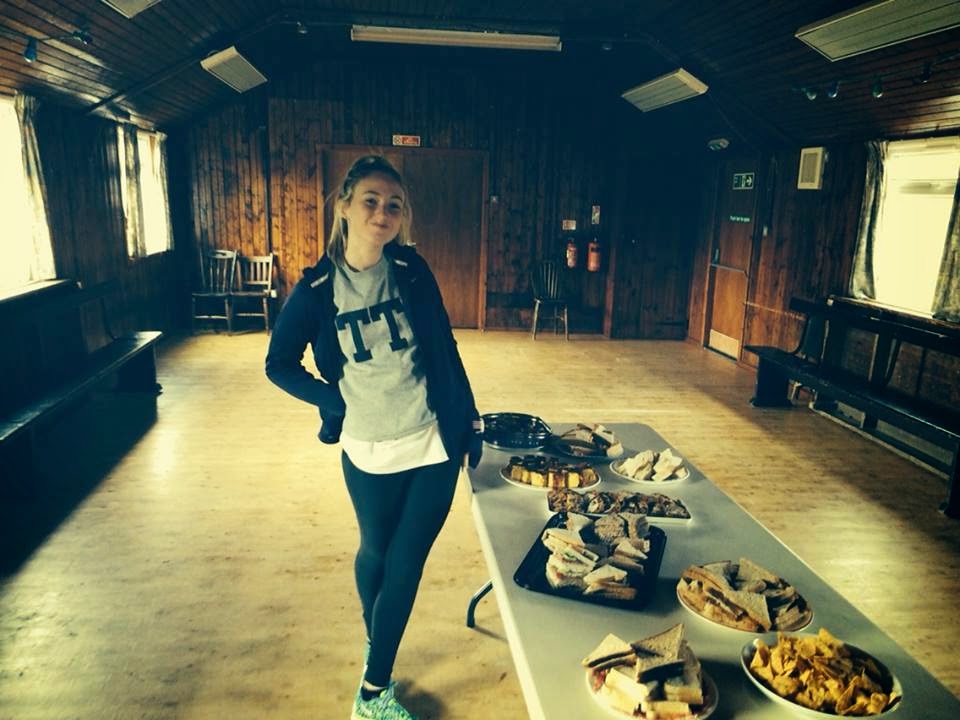 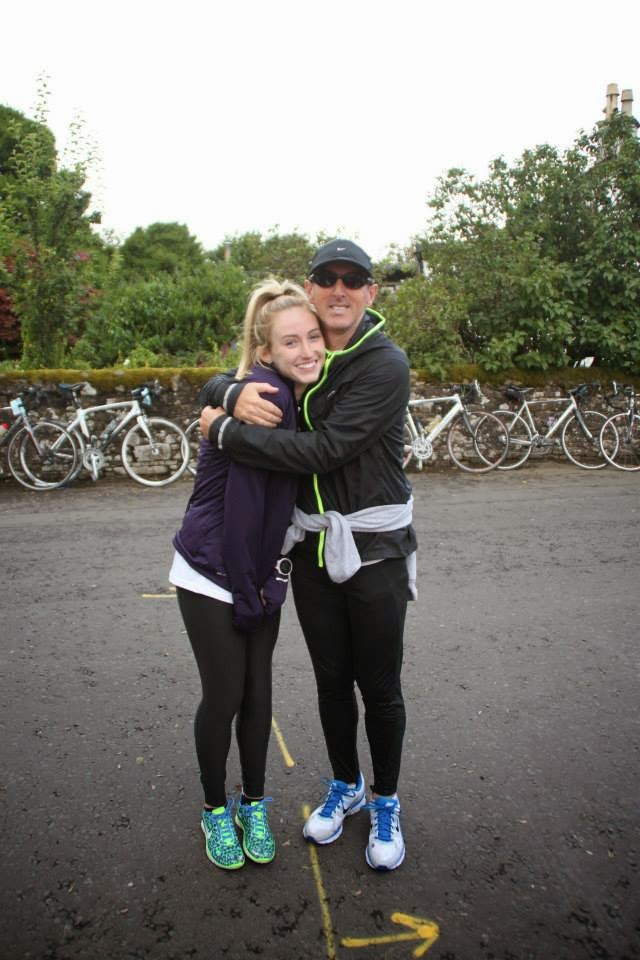 Kate had pulled back a couple of places and Holly set off on her 6.3 mile leg into a swirling wind which just would not let up. Michael meanwhile had been handed a new job by the team.

Navigating to and from the checkpoints was really easy as we were basically in and out of Strathaven every time as the route just circles the town, a big circle mind. We parked up at checkpoint 3 and I had a little catch up with Lee Mclean, David Waterman and Sarah Self amongst others as we discussed the next leg which I was running and I remembered it from last year as the one with the big hill, I had forgotten about that thinking it was on the leg Holly was running. Holly duly arrived looking rather fresh and I set off on the penultimate leg of 14.7 miles. Knowing that the next checkpoint was outside a pub I requested a pint of lager
for my recovery drink. 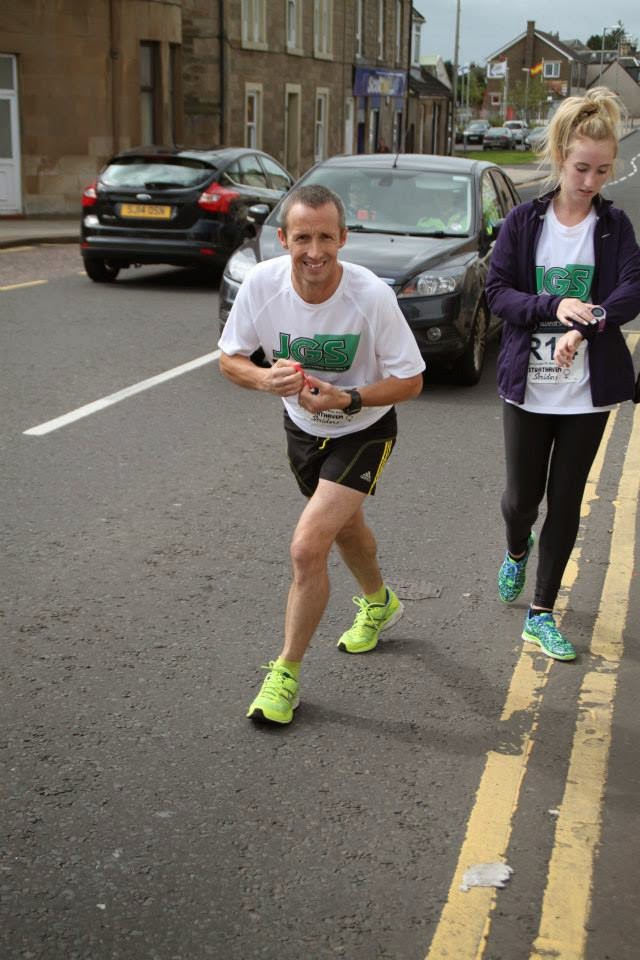 Still no let up with the wind I started picking off relay runners after a couple of miles and had a great moment when a lady cyclist shouted she was packing it in as I cruised past her up a hill. By the time I reached Auldhouse several cyclists had been demoralised and that lady certainly never seen again.

Chris was waiting as I passed on to him and retired to the pub for refreshment. He had 9.7 miles to go into the remnants of a hurricane so knew I had time for at least one.

My Run leg on Strava 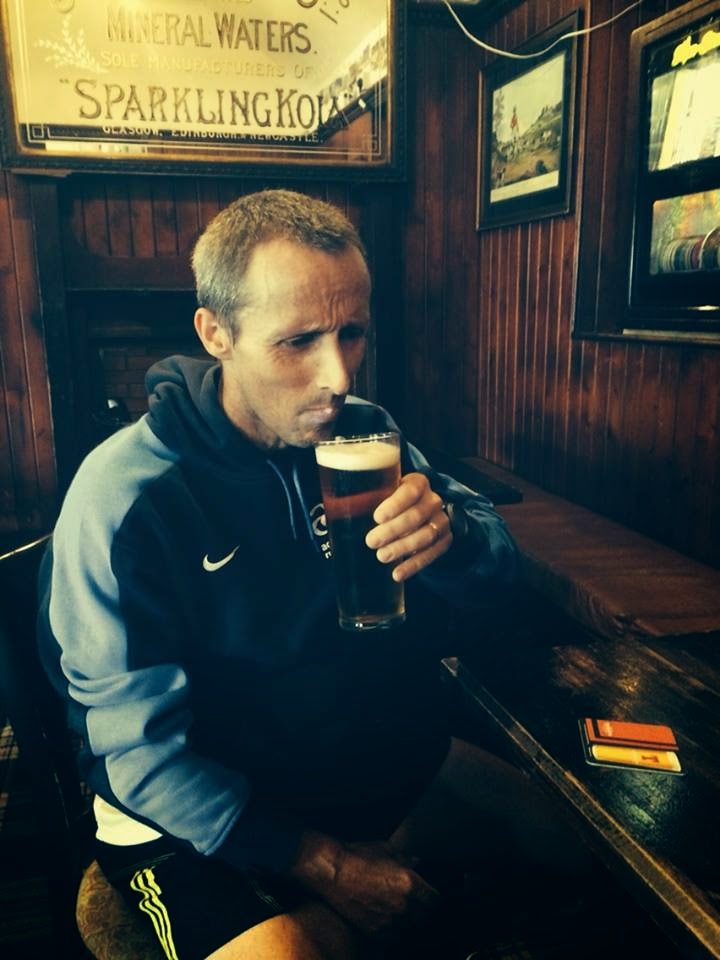 We headed back to the start/finish line in time to see several of the leaders finishing the full race and awaited Chris's arrival. The time lost on Michael's leg was now starting to eat in to our finishing position as 3rd then 4th team came in. Chris brought us storming home finishing in 8th place and a close look at the results below indicate how many positions Michael's mishap probably cost us and missing out on being the first mixed team home.

Great day out and a race we will hopefully be back to do again next year and improve on our finishing time now we all know the route!!!!

Many thanks to David and all of his team of stewards, helpers and timekeepers for a wonderful day out.