Well there are now only 4 days to go before my main race of the the year, the West Highland Way Race. All of the runs and races since the 1st of December last year have all been part of the grand training plan to get me as fit and ready as possible for this as I can be.After a fairly hectic April I had 3 races lined up for May which all went rather well.

First up was the Monklands Half Marathon on Sunday 17th. A blustery wet day and a fairly challenging route but all went well and I clocked my fastest time of 1:21:34 for this race on my umpteenth outing finishing in 3rd place. They also have a little dudes race which Andrew had fun racing whilst I was hammering the half. 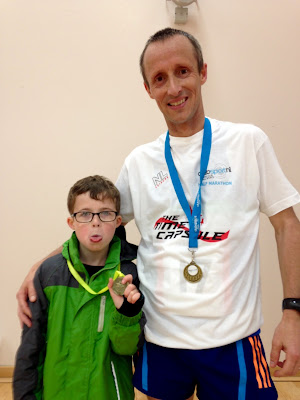 Wednesday the 20th and on to a new race on the calendar, the Antonine Trail 10km Race. James Stewart was helping with the organisation and had given me a shout about it and we had even had a recce run on route a week previously to see what lay ahead. So with tired legs a 10k sprint ensued, trying to keep up with mountain goats David Gow and Norry McNeill I was well and truly burst by the time I got to the top of the first climb on Croy Hill only a mile into the race. There was a bit of respite with slighly gentler climbs after descending Croy Hill but another climb of 1 mile up to the Antonine Fort site finished me off. It was just a case of getting to the finish back up another climb from Auchinstarry basin at which point half way up I passed a Shettleston runner bent double depositing the contents of his stomach to the side of the trail. I finished in a respectful position and time but it hammered home how little speed and hill work I have managed to fit in.

An excellent and tough race which will no doubt sell out quickly next year. 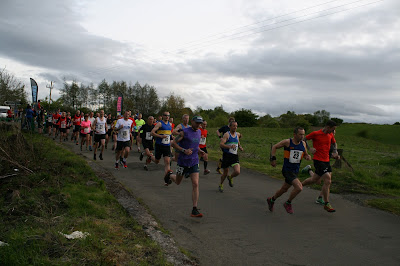 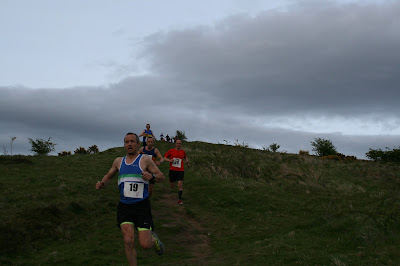 Next up was the Edinburgh Marathon, a race which continues to divide opinion on whether it is overpriced, not even in Edinburgh, a logistical nightmare!!! I have ran several Edinburgh events and every one has had a different finishing point but I must say it is certainly an easier route than the first one I ran in 2003 which started with a climb from Meadowbank up over Arthurs Seat. I decided to drive through and park at Ingliston and have a ride on the most expensive single line of transport anywhere in the country, the Edinburgh tram. 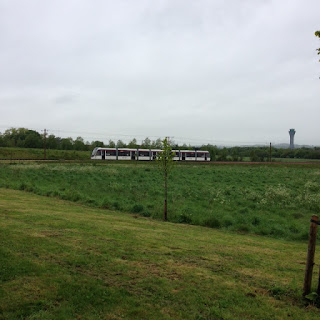 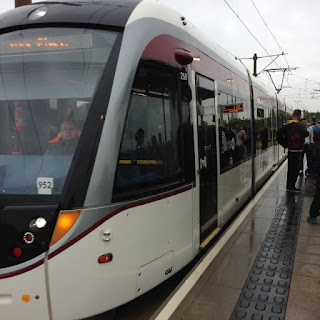 A very efficient service straight into Princes Street and a short stroll down to London Road and I was good to go. The weather forecast had been for wind and rain but apart from being a bit overcast the conditions were ideal although a little blowy. The first couple of miles I ran with George Taylor and we had a good catch up but I was feeling fresh and pulled away with a target in my mind of 2:50. The miles flew by and as we neared the turnaround point the leaders were heading back towards the finish and they all looked to be putting a bit of effort in. Now I had not really noticed much of a wind till now and checking my watch I reckoned 2:48 was going to be on but that was soon dispelled as I turned back onto the road on exiting the grounds of Gosford House at 19 miles to head back to Musselburgh. A strong head wind for the next 7 miles made for one hell of a shift and it was all I could do to try and get close to 7 minute mileing. By the time I turned left into Pinkie Park for the final 100mtrs I was drained but noticed if I put a sprint on I could squeeze in under 2:51. Just made it in 2:50:57 to clock a new PB, slightly disappointed it was not a greater margin but a PB all the same.
Quick shower and change then strolled along Musselburgh High Street and caught a bus straight back to Princes Street and onto a tram back to Ingliston, easy peasy logistics.

Calling it the Edinburgh Marathon is maybe stretching it a bit but it is a really good event and seems to have ironed out many of its previous problems. There were loads of foreign runners so it obviously has a wide attraction value and great for tourism.


Hard work done now so a few days relaxing the legs till they get a hammering on the West Highland Way, here's hoping for weather (of the glorious sunny type) and an enjoyable day or so outing!!!
Posted by GERRY at 12:00