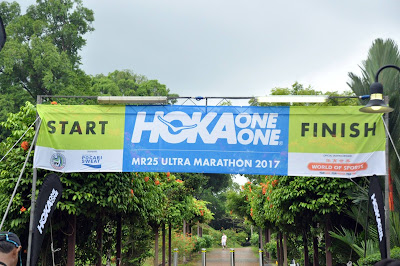 A little ultramarathon to round the year off nicely was the thinking, only drawback was it was in Singapore and as near as dam it on the equator. How to train for 90f (32F) and almost 100% humidity during a Scottish winter was not the only problem I was going to have to overcome as there was also  the undulating course of tree roots and rocks and the odd monkey, lizard or snake. The Macritchie Runners race is an annual event, a 12 hour race from 7am to 7pm around the Macritchie reservoir consisting of a 10.5km out and back loop.Only full laps count so you need to be sure when setting off on your last lap you will complete it. There is a complete loop of the reservoir but the local authority and golf club have blocked the sensible route to races. 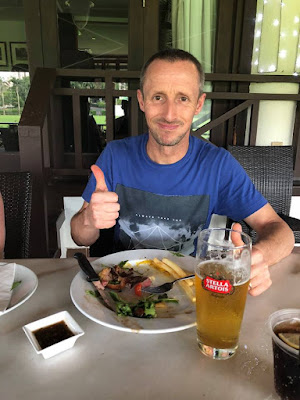 We had a great week pre-race celebrating Christmas with Michael, Janet and the girls allowing me to carbo load and get a few runs in to aclimatise culminating in the customary steak and chips washed down with lager race eve meal.

As the reservoir is 5 minutes from Michaels house there were no logistical issues and we headed over to the start ready to run, setting our table out near the start line. I hadn't even started and sweat was streaming off of me.

Looking at previous results the sensible approach was to run a lap in around about an hour and see how it felt but as there are not many who have won with over 10 laps that was an indication as to the degree of difficulty ahead. Laps one and two were uneventful and on lap 3 Michael pushed ahead but I was quite happy to plod on at my own steady pace, already starting to feel the heat and humidity drain me. 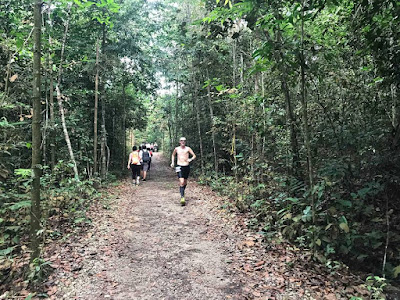 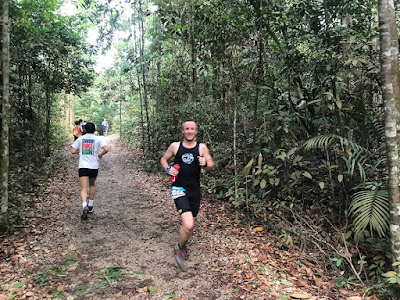 Just before the forest exit on the 3rd lap at the top of a climb I could see a body sprawled across the trail, Michael had booted a rock and taken a tumble hitting his head on the floor and taking a blow to his shoulder and hip. He was a bit dazed and had to be lifted upright, after assessing him I got him moving again although rather gingerly and we finished lap 3 together with him stopping to get cleaned up and see what the damage was. 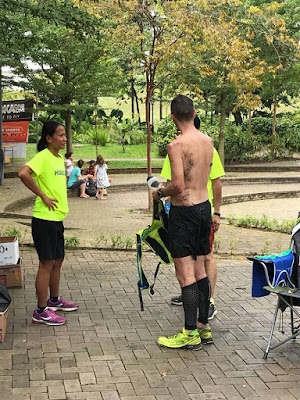 As it turned out he managed to get moving again but took another tumble on his 5th lap and decided to call it quits before he done any more damage. Finishing 5 laps also meant a finisher t-shirt and medal for the ultra distance of 50km. My race carried on with relentless sweating in the sticky hot conditions. I was drinking 1.5 litres of fluid every lap now just to stay hydrated which consisted of 500ml Tailwind mix and 1 litre of water and at the turnaround was having slices of orange and watermelon. I had made up small soft rolls with ham on them but only consumed one for the whole race.

The support throughout the race from the MR25 family throughout the race was brilliant from the guys at the start/finish to the photographers and the younger members at the turnaround point in the forest offering all sorts of food from Oreos to bananas and even bags of tea with straws attached. 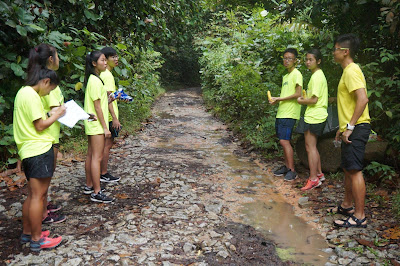 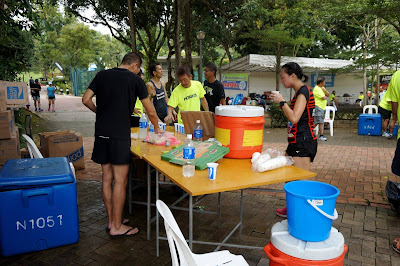 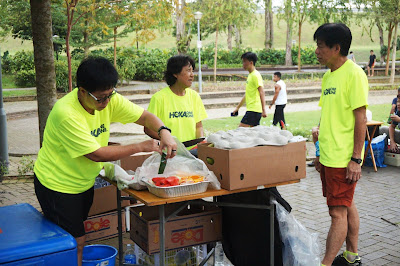 On lap 7 I had decided I had had enough and decided to stop when I got to start/finish line and sat down to relax and recuperate but Auntie Evelyn came over and told me I was in 4th place and suggested I should maybe at least give another lap a try and did I need anything to help to which I replied 'beer'. In an instant I was handed a can of lager which was promptly drank and off I went on my merry way. Now normally I wouldn't have thought of this as rehydrating during a race moreso afterwards but that alcoholic beverage saw me through one of the best laps I ran all day.


I returned from lap 8 just under in 10 hours and having the benefit of seeing how far 1st, 2nd and 3rd were in front of me on my final return decided that as only one more lap was possible and I couldn't catch them it was time to stop. I had also mentally calculated 5th place could only finish 8 laps and as I had already finished my final position wouldn't alter and this proved to be correct. 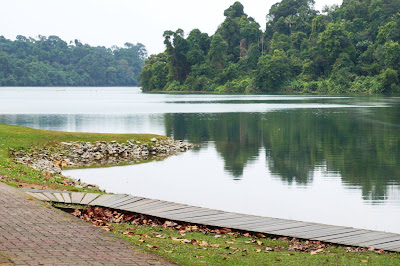 Many thanks to everyone at MR25 for the support throughout the race, a truly memorable experience and one I thoroughly recommend to anyone interested in running in an oven.