Feeling rather fit and having missed the entry for Loch Ness I noticed that the Liverpool Marathon entries were still open so online entry in all I needed was a hotel. The closest I could get was at John Lennon Airport  and this looked fine as it was a straight road in to the city centre so the plan was I would just get a bus in to start in the morning and Linda and the wee man would check out later and come along and watch the finish. We travelled down on Saturday and dumped the bags at the hotel and headed off for a recce of the city centre. On the way in it became apparent getting a car anywhere near here on Sunday when the race was on would be impossible so a rejig of the plans and I drive and leave the car in the car park and they get the bus in. 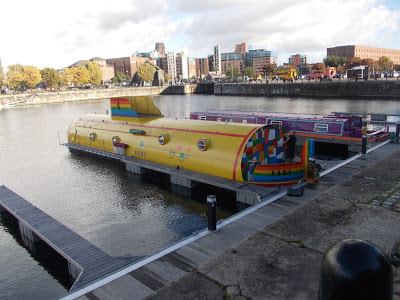 Picked up a ticket for the shuttle bus in the morning to take me over to Birkenhead Park for the marathon start and went on a bit of sightseeing as I had not been here since 1984 and even then only saw a few football fields as we were playing a tournament. 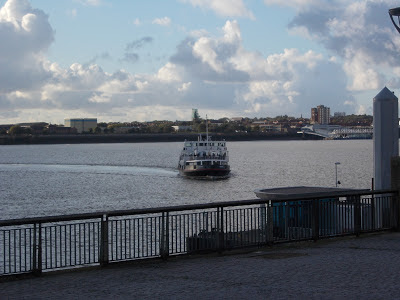 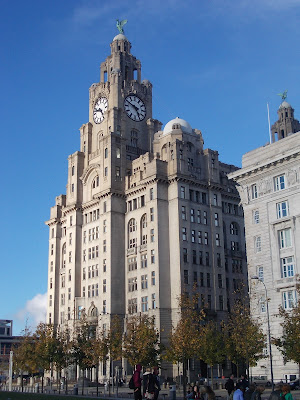 So touristy bit over it was out for the pre race meal which as always was steak/chips/pepper sauce although I refrained on the beer front this time due to the fact I had to drive back to the hotel as mrs wife was not too happy on foreign roads.

So to marathon morning and Holiday Inn Express breakie washed down with a couple of lattes and I was good to go till I set foot outside the hotel to an welcoming temperature of 2c. Parked the car and caught the shuttle bus, all running smoothly and the sun starting to shine. Birkenhead Park was buzzing with nervous runners, singing groups and music blaring, a real happy atmosphere. Met fellow Scot and ultra nutter Ross Moreland lurking around and had a wee blether. The race started bang on time and off we went downhill for a mile or so out of the park, although it was a bit tricky sussing out the marathon runners and Wirral 10k runners as both races started at the same time. I settled into a steady rythmn and just enjoyed the varying houses and architecture. If anyone can remember the BBC programme BREAD then yes a lot of it does look like that. The 10k cut off into a field on the front for its final 500mtrs and the marathon carried on to a turning point and then back along the seafront at New Brighton. My 10k split was 36.57 which is nearly as fast as I have ran a 10k this year so that was a sign I was going a tad too fast but did feel comfortable so kept the pace going.  Just after 11 miles we enter the Mersey (Queensway) tunnel for a 3 mile stretch. Quite warm and sticky in there and a climb of a mile but not complaining as it was downhill for a mile on the way in. The crowds grew as we exited the tunnel and run through the centre of the dock area and out towards Sefton Park. Just after mile 17 a brutal climb started but once it was out the road the rest of the route was fairly flat and after looping round the park it was back towards the docks and the Liver Building down the same hill for the last mile and a half. Crossed the line in 26th place in 2hr 53m 22 secs and 3rd Vet40. 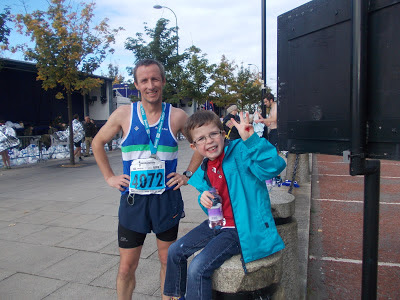 An excellent event from start to finish and superbly organised and marshalled, easy access and great marathon route.

Garmin Activity : http://connect.garmin.com/activity/233385802  Ok till mile 12 where it loses signal in the tunnel hence the 10 min mile, running time and mile splits correct but it shows a short distance due to no signal.
Posted by GERRY at 09:37