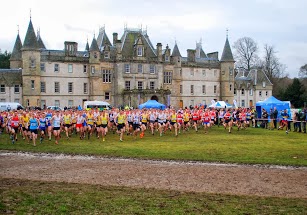 Thankfully the last cross country race of the season, a short 12km stroll around Callander Park in Falkirk.
I always see this as an indication of how the winter training has gone and gauge how I feel after the race. well today was a little different as the course was in the worst condition I have ever seen it in and the senior mens entry numbers were again up on the previous year so if you were not quick enough at the start you were going to be in one long queue of runners. 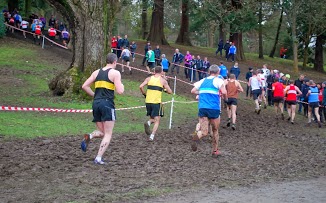 So inevitably I was stuck in a long line of runners on the first of three 4km laps, although not too bothered as I am naturally a slow starter anyway. Progress  was further interupted when the runner in front of me took a tumble on the descent from the mudhill, luckily I managed to stop and bodyswerve him as a couple of others tumbled over him. 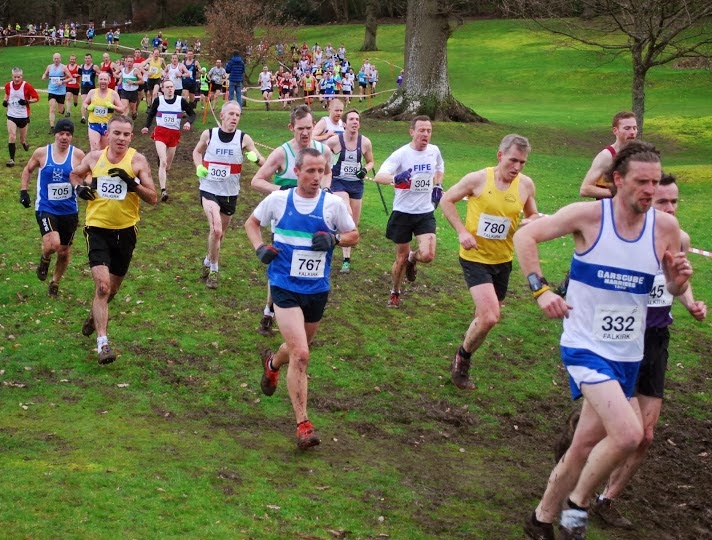 A bit of an unevenful race as I picked my way through the runners feeling comfortable but really not enjoying the underfoot conditions. I knew Duncan was ahead of me as I had seen him head off in front of me but had not seen any other team mates till the final hill and I could see I was pulling Daddy Derek in. I caught him just as we come down to the finishing straight which was possibly a mistake as he is an 800mtr track specialist and as I pulled alongside him for a chat his words were " for f**ks sake, I am not having you beat me" and sprinted off like a bullet. Next time he is getting no warning and it will be a 5mtr finish.

Finishing time of  51:11 which is well slower than last years 48:44, possibly a little to do with the underfoot conditions and congestion but I was happy with the run so no complaints.

After last years race I ran another 16 miles home but decided to ditch that plan and save it for a long Sunday run which proved sensible and I had a pleasant early morning 21 mile recovery run.