A bit of a last minute decision and as I had had a good two months of training over December and January I couldn't resist when Michael dangled the carrot and suggested our overseas marathon hit list could be added to. Registration was still open one week beforehand so with Mrs Wifes blessing a flight was sought. Not surprisingly Easyjet and Ryanair don't go to Dubai (yet) so Emirates it was straight from Glasgow.

I was dropped off at Glasgow airport on Tuesday night just as the snow began falling and temperature hit zero. What a welcome change to walk out of the airport at the other end on Wednesday morning to blue skies and heat. I was a  little early for check in at the hotel but the concierge directed me to floor 4 where I could relax at the pool whilst awaiting my room. Passed the rest of the day relaxing by the pool and when Michael arrived mid evening we headed out for a bit of sightseeing over to that big hotel which rises high in the sky. 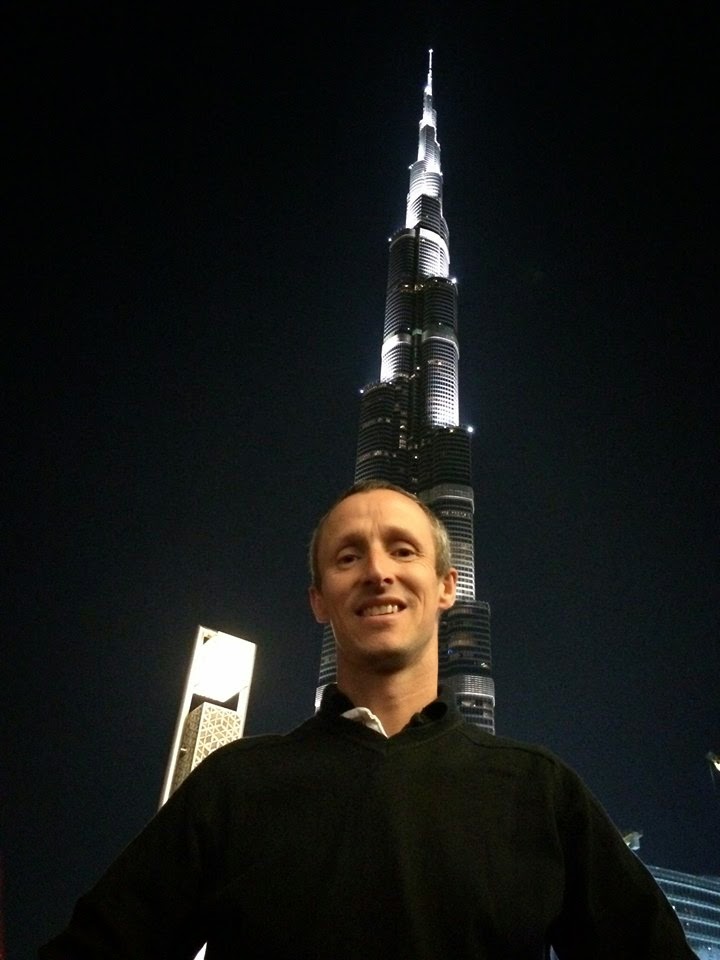 Thursday morning we headed over to Dubai Skydive to collect our race packs and numbers and then headed off on a bit more sightseeing taking in the older parts of Dubai albeit via a modern metro line. 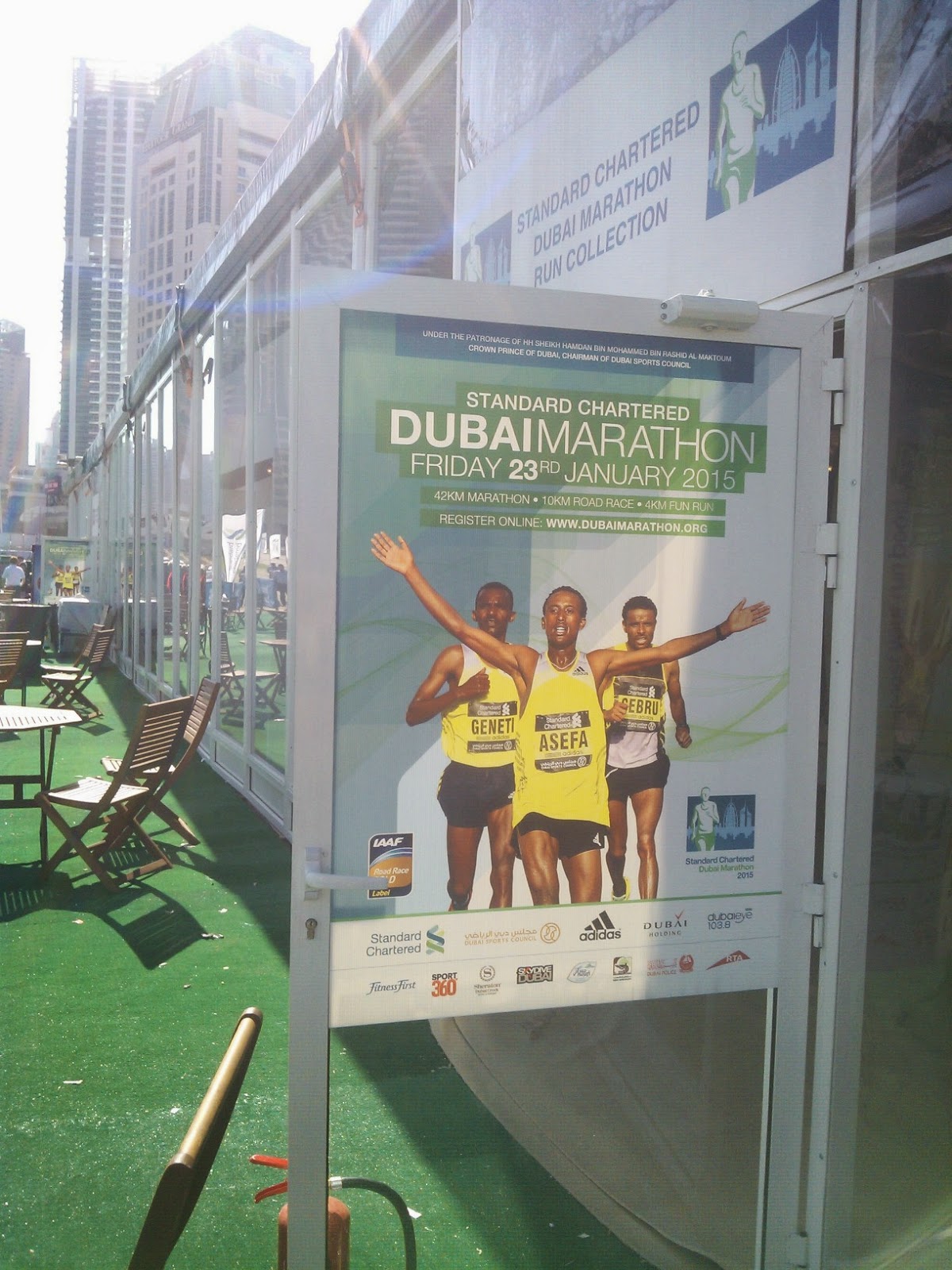 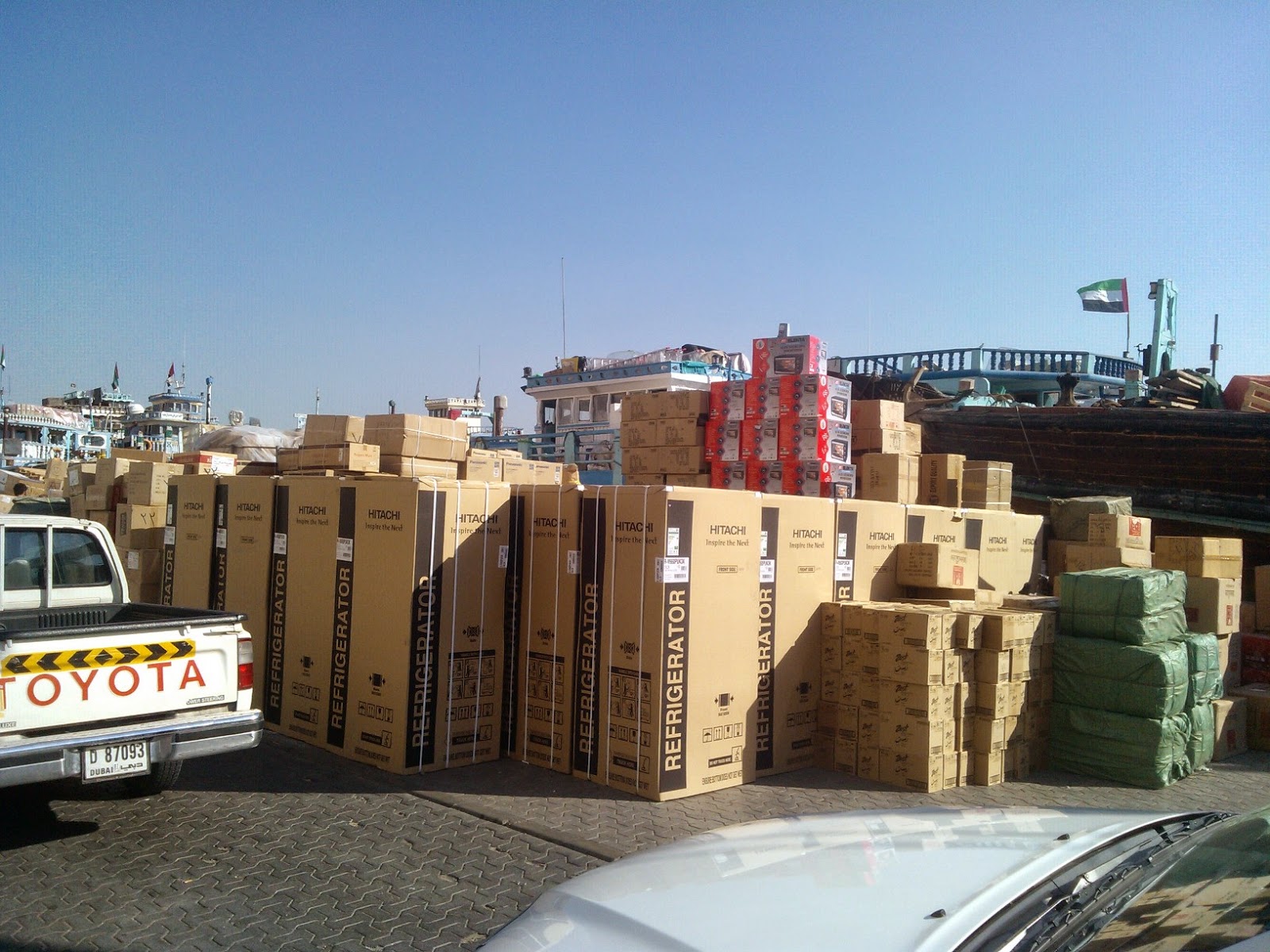 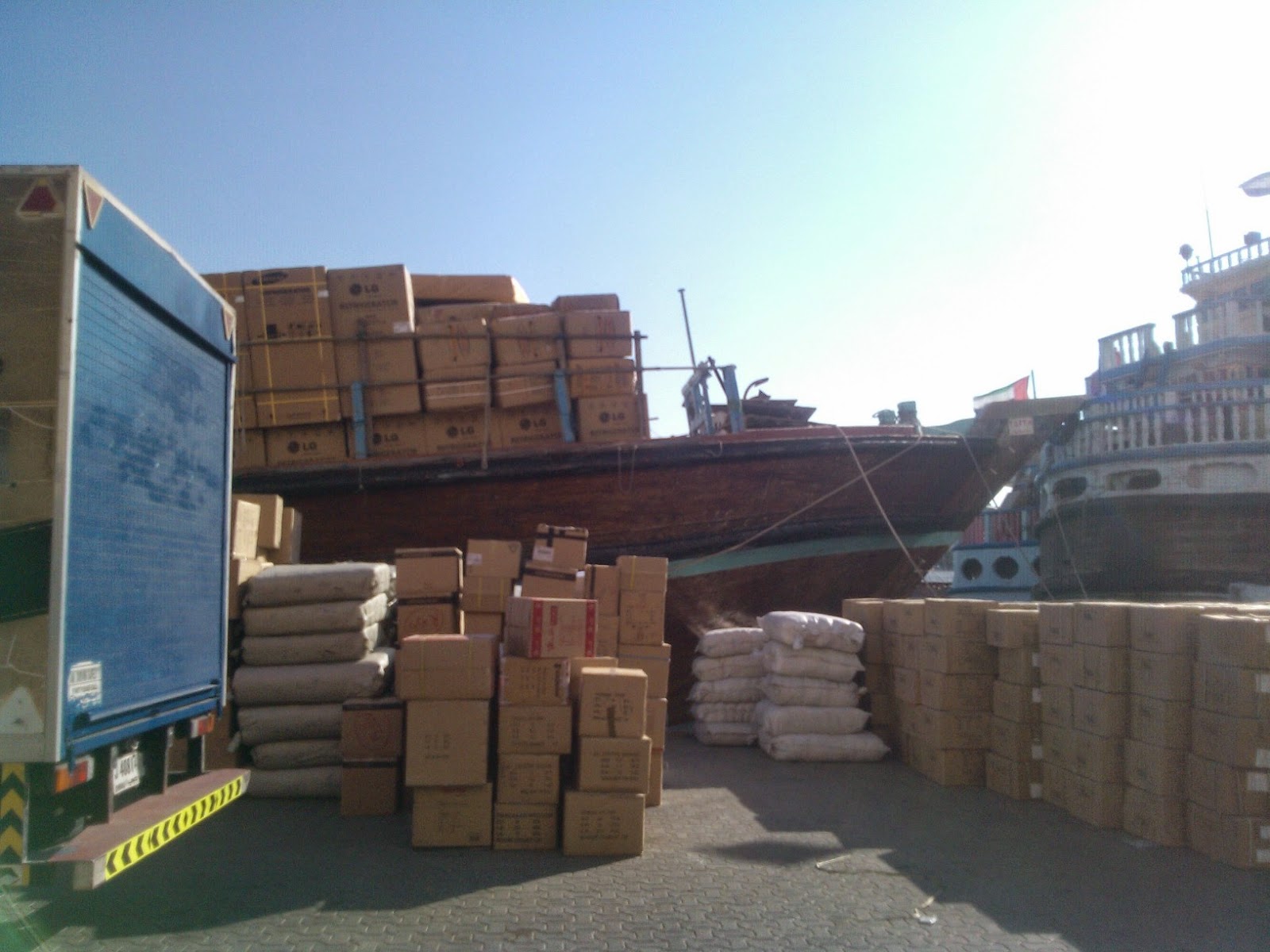 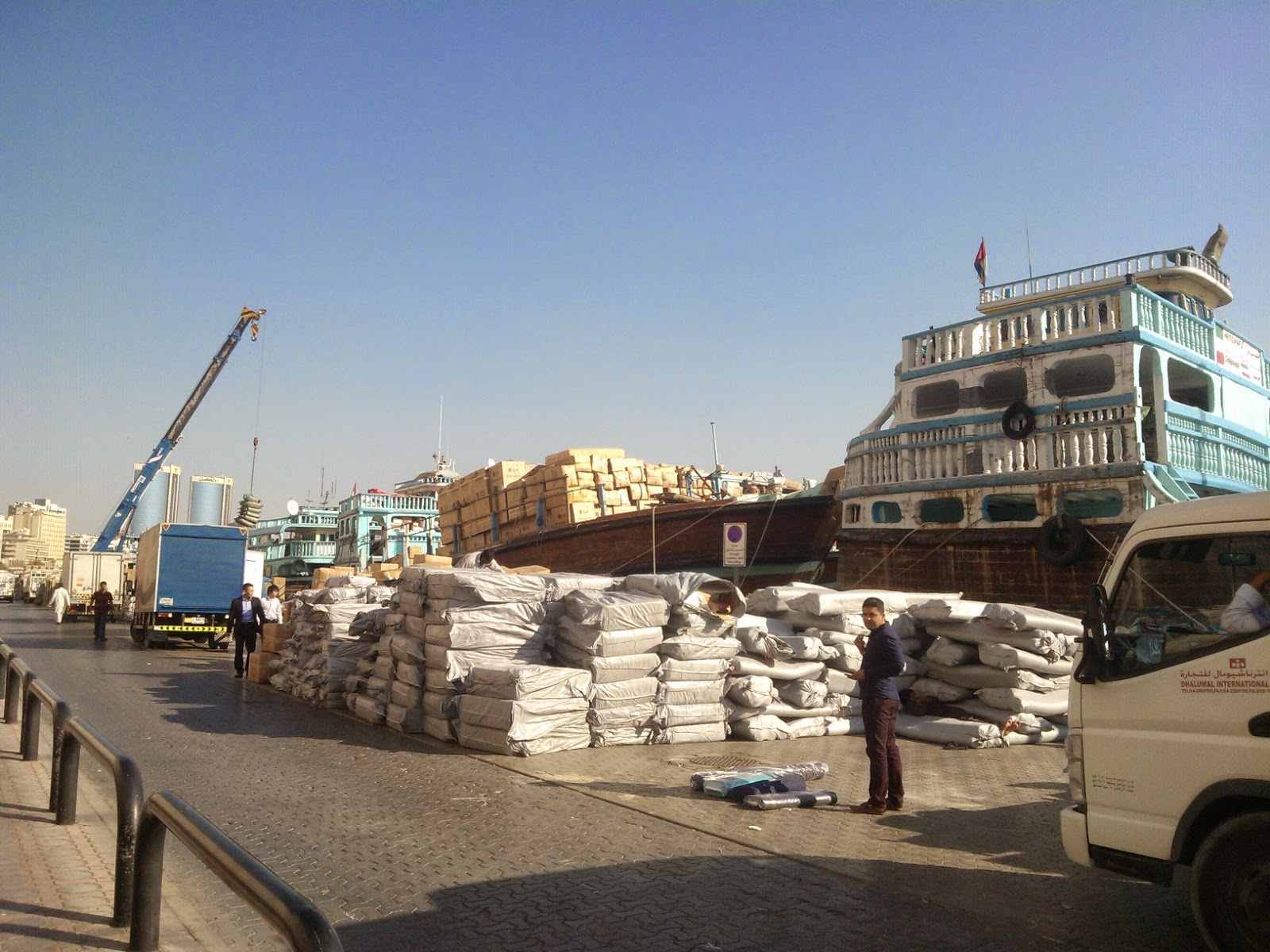 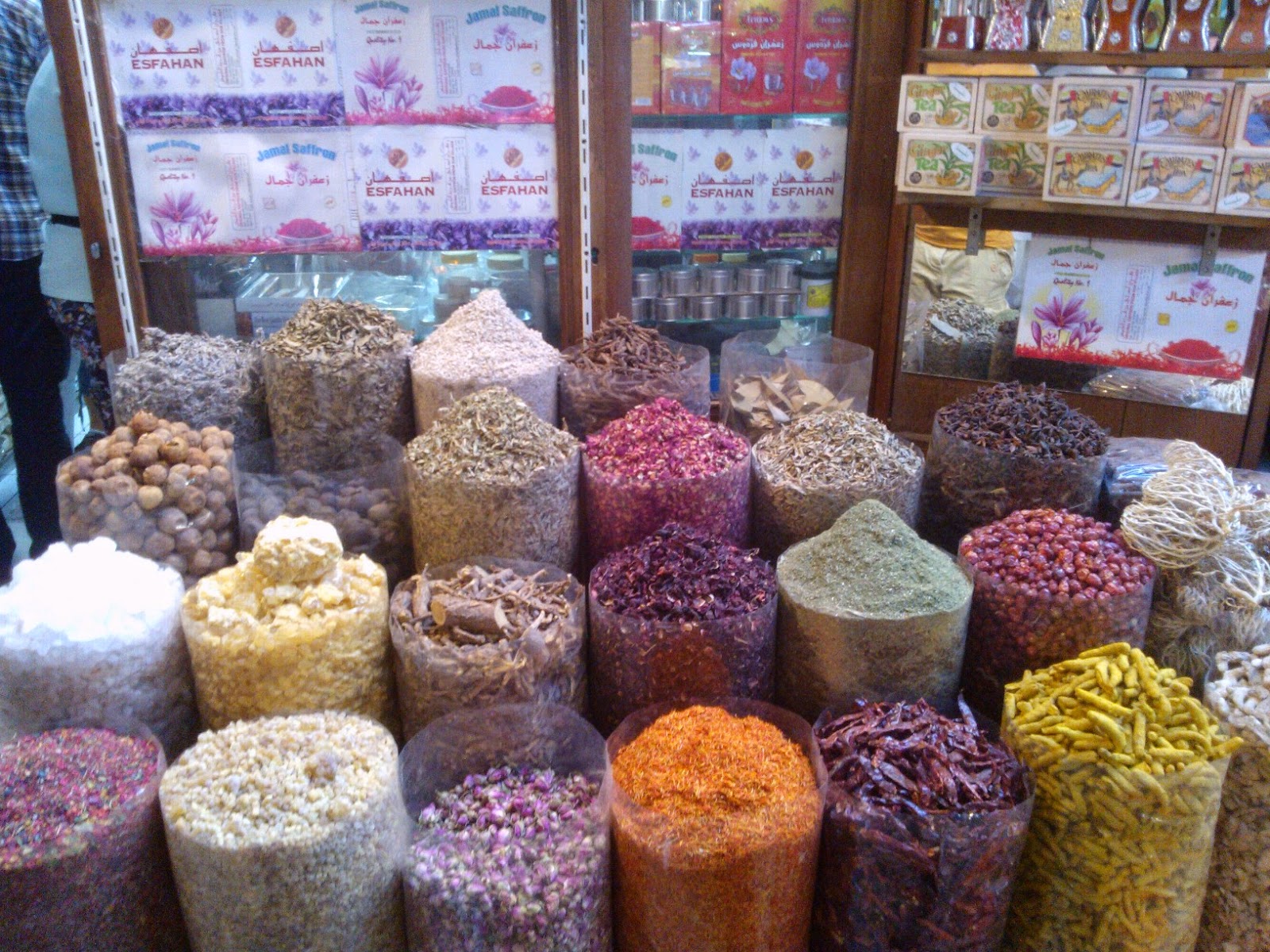 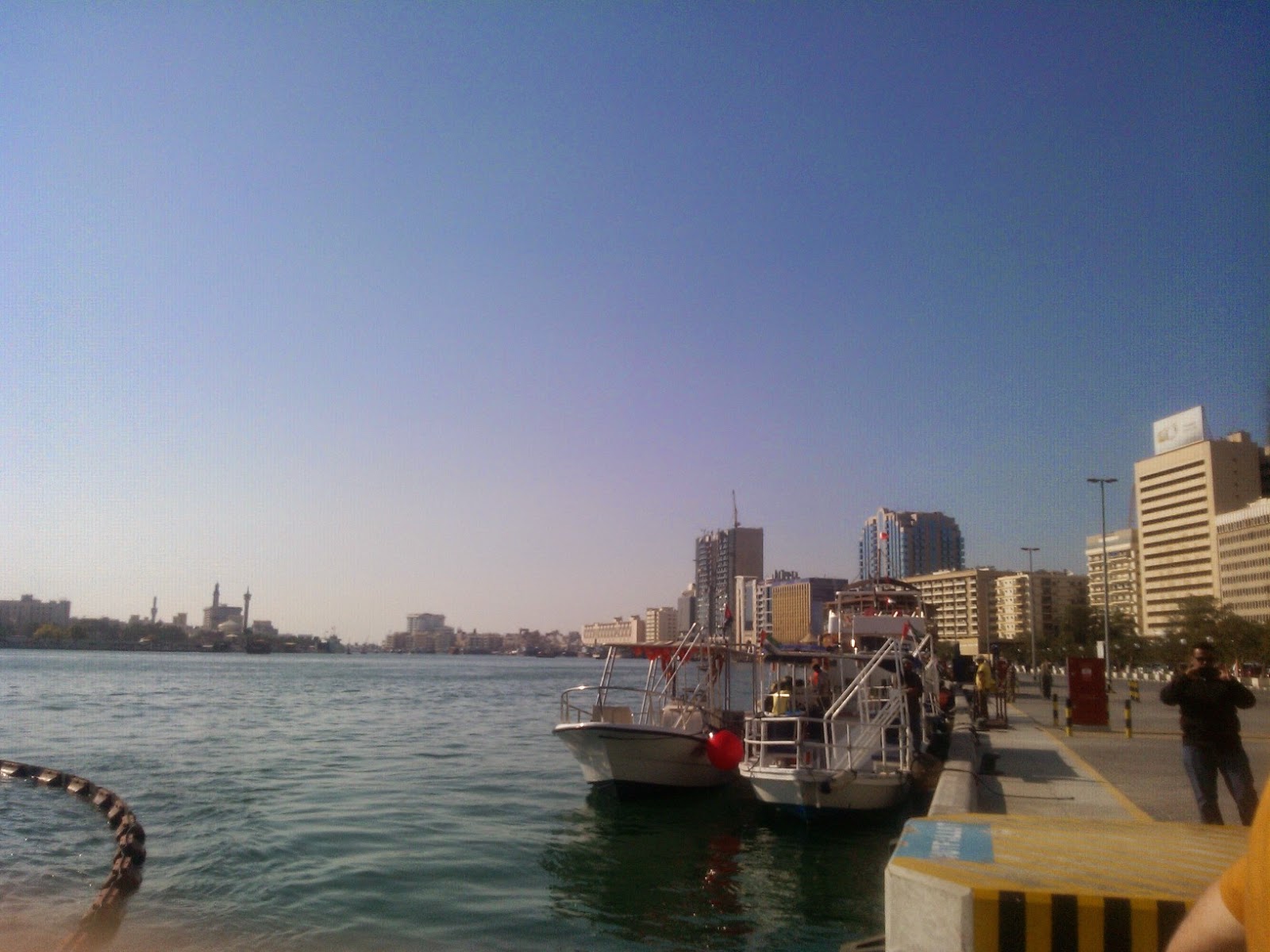 We had an evening meal in a Lebanese restaurant which consisted of various weird and wonderful dishes all rounded off with mixed meat kebabs. No beer as it is a dry country and you can only find alcohol at hotel bars so that would have to wait till after the race.

Race morning and a 4am alarm call with breakfast at 4.30am. We caught a taxi about 5.30am and that deposited as near to the bag drop as possible and after the usual toilet rituals we headed for the start line. Target time for the race was 3 hours as we were unsure how travelling/training and temperature would affect us. A 7am start as the sun was starting to rise and the temperature was already about 20C. 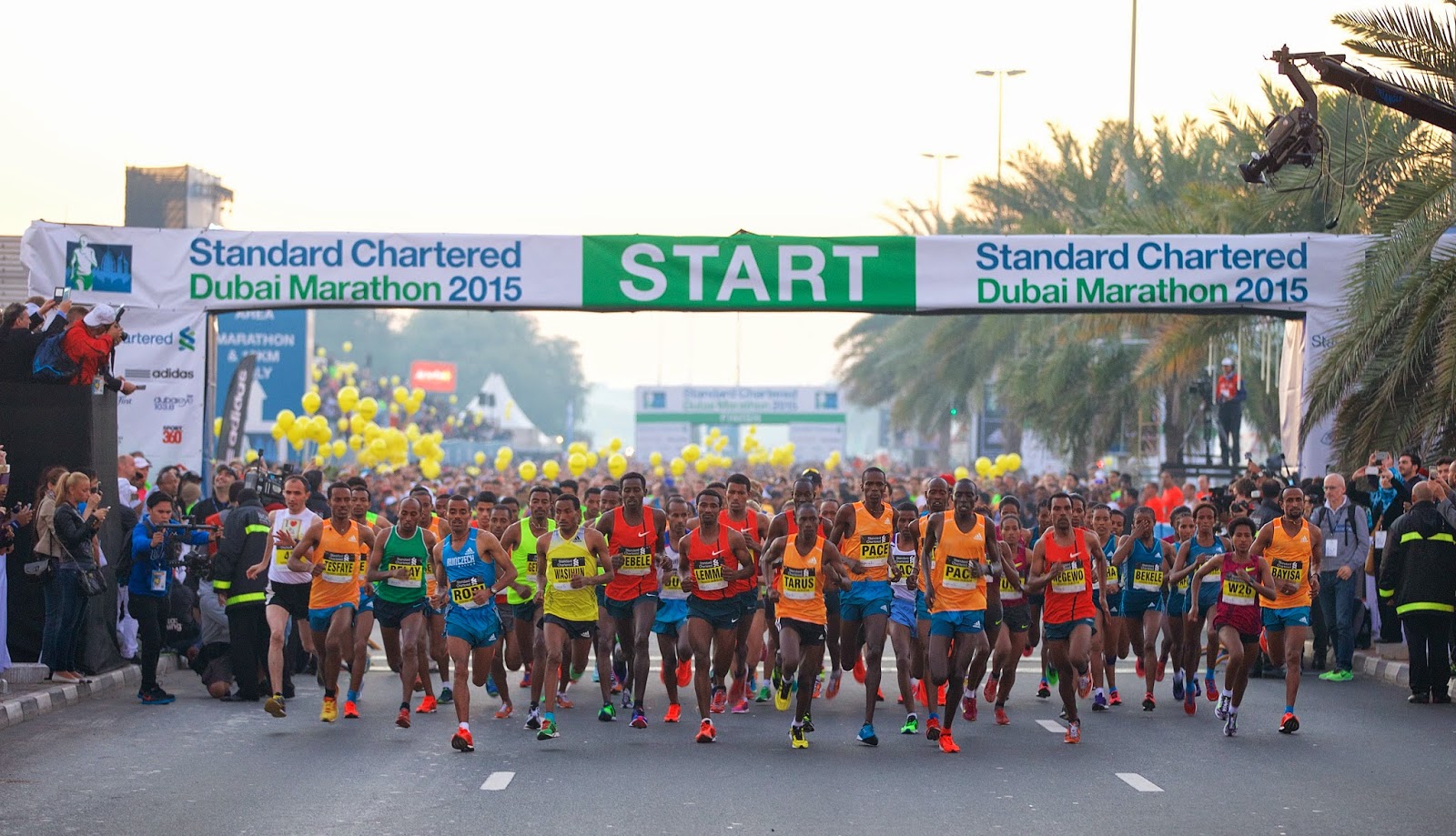 A rather bizarre start when the elite runners were allowed to start 2 minutes before the main field, well that threw me and my challenge to win was finished.

The race route was as flat and straight as you could find and we settled into an even pace and reached halfway in 1:29:36 at which point I mentioned to Michael we would need to up the pace a little. His response was not as positive as my thinking and he told me to go for it so at this point I started moving ahead of him. At about 37km (23miles) the route doubles back again and I passed Michael who was about 1km behind by this point. The sun was on full power by now and I was leaking like a sieve but felt comfortable and cruised in over the line in 2:55:57, job done and a rather large negative split. Michael was painstakingly close finishing in 3:00:11.

So it was back to the hotel for a beer and chill next to the pool. Michael flew back to Singapore that evening and I flew back to Glasgow the next morning with a race around Strathclyde Park on the Sunday morning to look forward to. 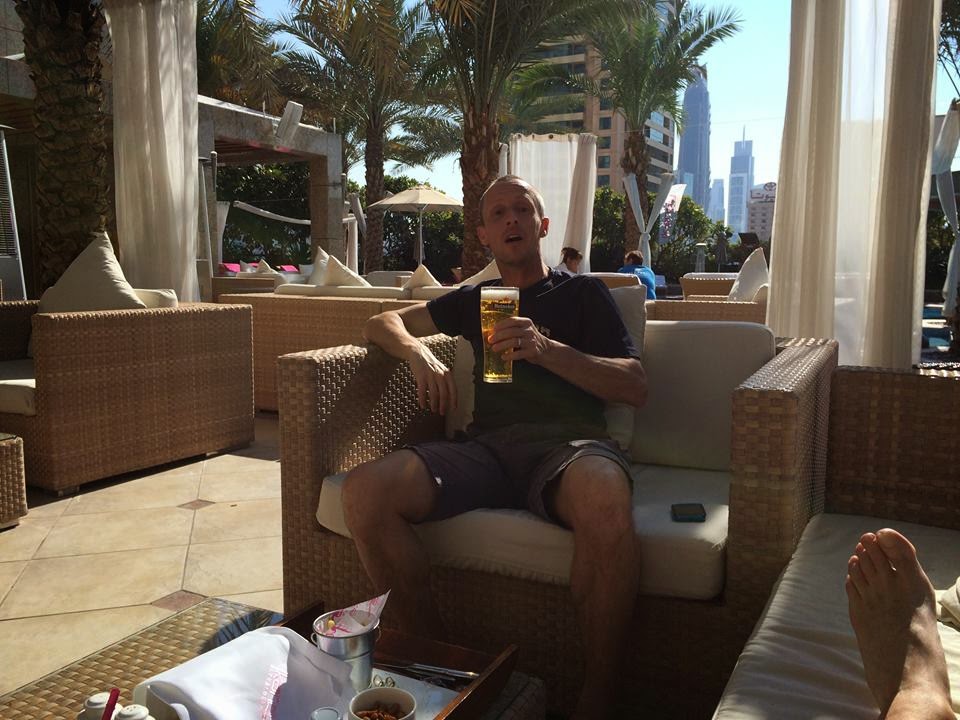 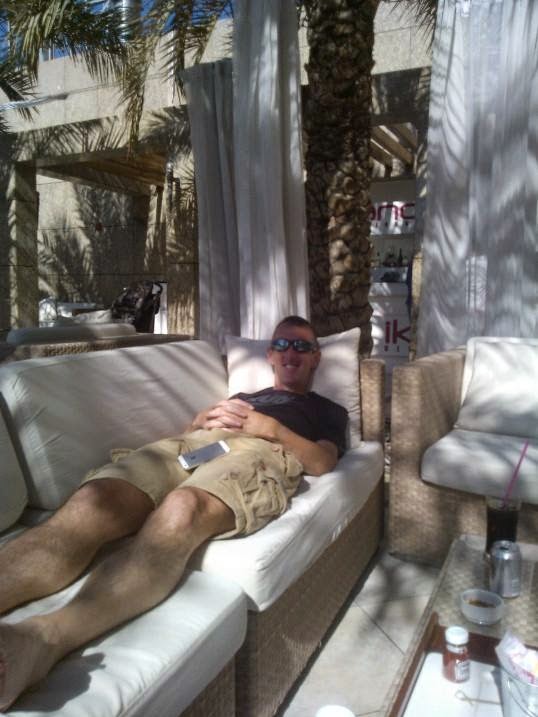 A really well organised race with easy access and an amazing city/country to go and see. I would highly recommend this although rather expensive.
Posted by GERRY at 16:02