There has been a lack of time recently for blogging with work and training getting in the way and also the small problem of squeezing in 5 x 7 hour classroom training days before the 8th September so I can keep hold of my class 1 HGV licence, even though I have not been out in a truck for a while.

So with 24 hours to go before I head off for the Great Glen Race a brief catch up of the last two months which included a half marathon a full marathon and 37 miles during the WHW as support for my mate Mark.

I unwisely entered the Monklands Half Marathon at the beginning of May forgetting we were having family over the day before and a few drinks would no doubt be sunk and sadly this is in fact how it turned out and I hit the start start line for what is not the flattest of halfs at the best of time somewhat worse for wear. I had jogged up for the race and should have sussed from this it was not going to be pretty and the next 1hr and 25 minutes did not improve my wellbeing. I felt as if I had ran faster but that will teach me more about race preparation. A bonus though was I actually place third vet in the West District Half Marathon championship and headed off on my homeward run with a bronze Scottish Athletics medal. So all in not to bad a result and a 19 mile workout. 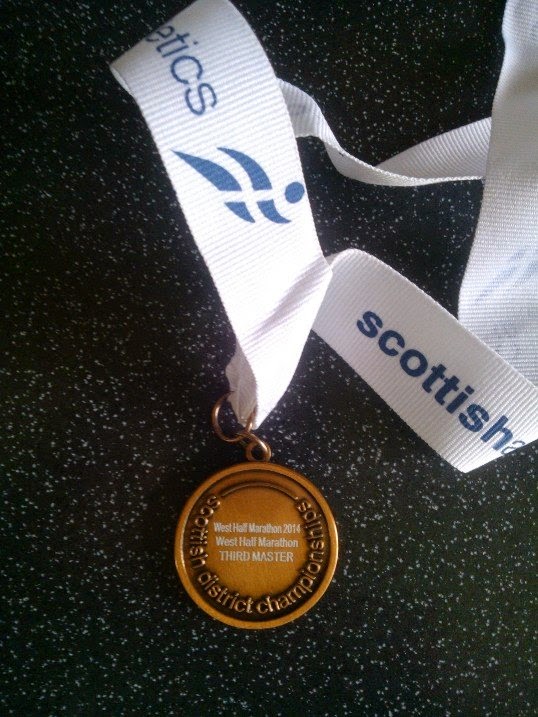 Sunday 8th June and the setting was Cultybraggan Camp just outside Comrie in Perthshire for the Strathearn Marathon. A must do for all marathon runners if you have not already, this is a wee toughy. The pre race brief warned of the 5 mile uphill start but I knew that was a little fib as I recalled running the race two years previously. In actual fact it is 9 miles uphill before the gradual descent and a further climb a couple of miles later but in the whole a great race and superb organisation. I had a fairly steady race but the earlier climbs eventually took their toll and I suffered a little in the last 2 miles but managed to finish in a respectful 3:00:51.


Saturday 21st June and I was supporting clubmate Mark Ashby in his first ( and he says last) West Highland Way Race. Myself, Alex Potter and Stuart Barnett (Speedo) were providing support and my plan was to get as many miles with Mark as allowed which was helped by the record breaking speed Paul Giblin ran in an incredible display. Marks race went as planned and I had 37 miles with him which although not all running were good to get in the legs. He finished in 22hrs 45 minutes and is adamant he will not be doing it again so I may have my back up runner for next year sorted.

So off to relax now and try and get as much sleep as possible before Saturdays 1.00am race start.